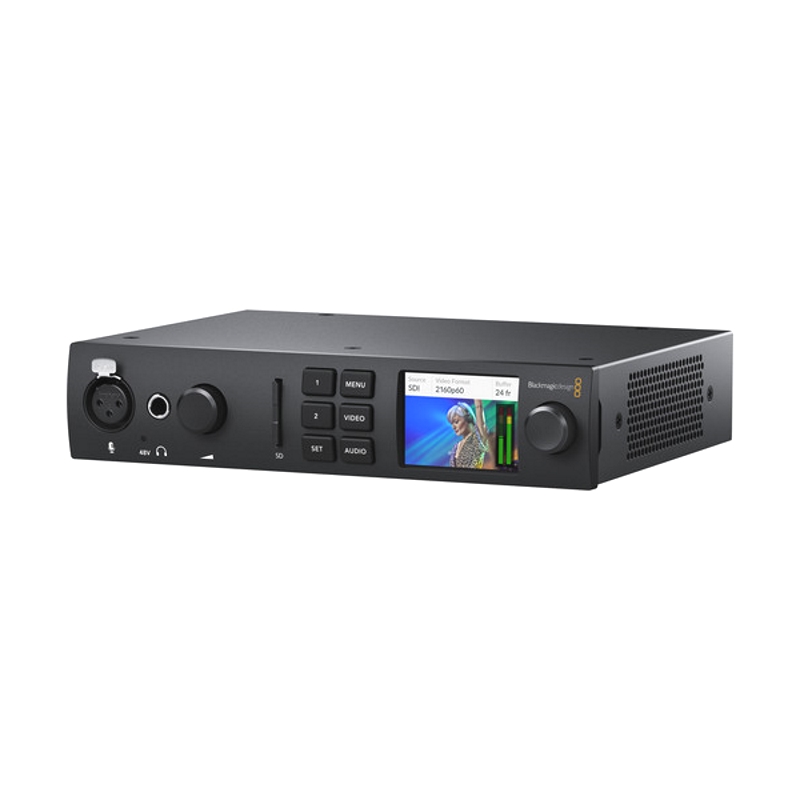 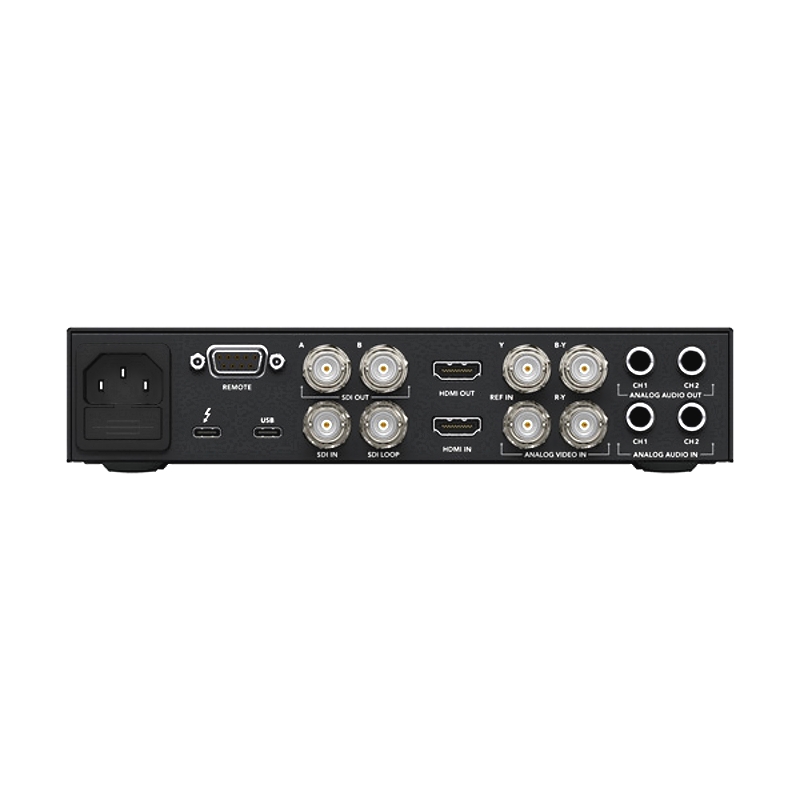 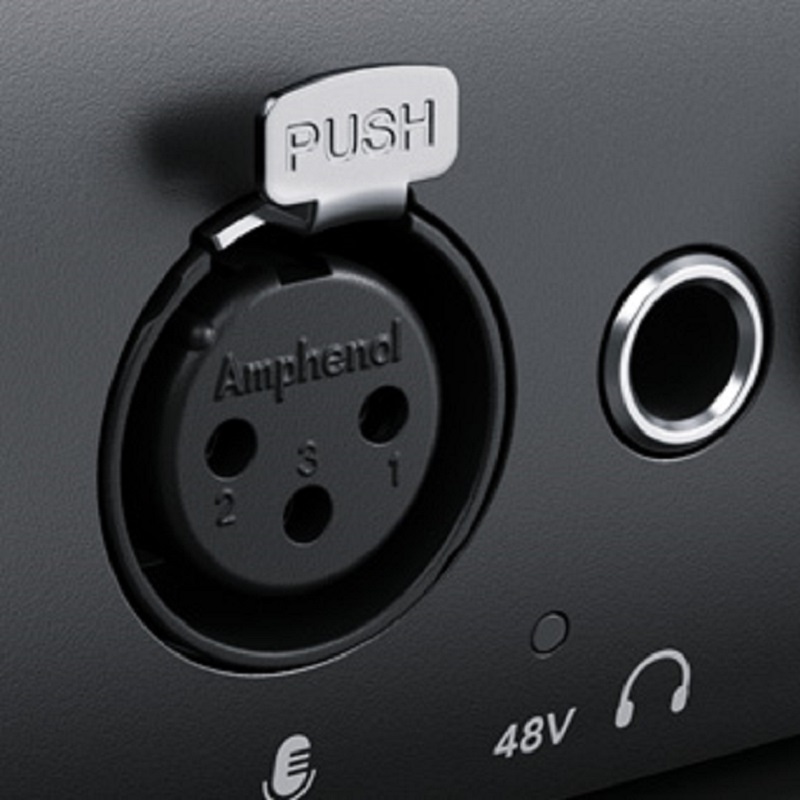 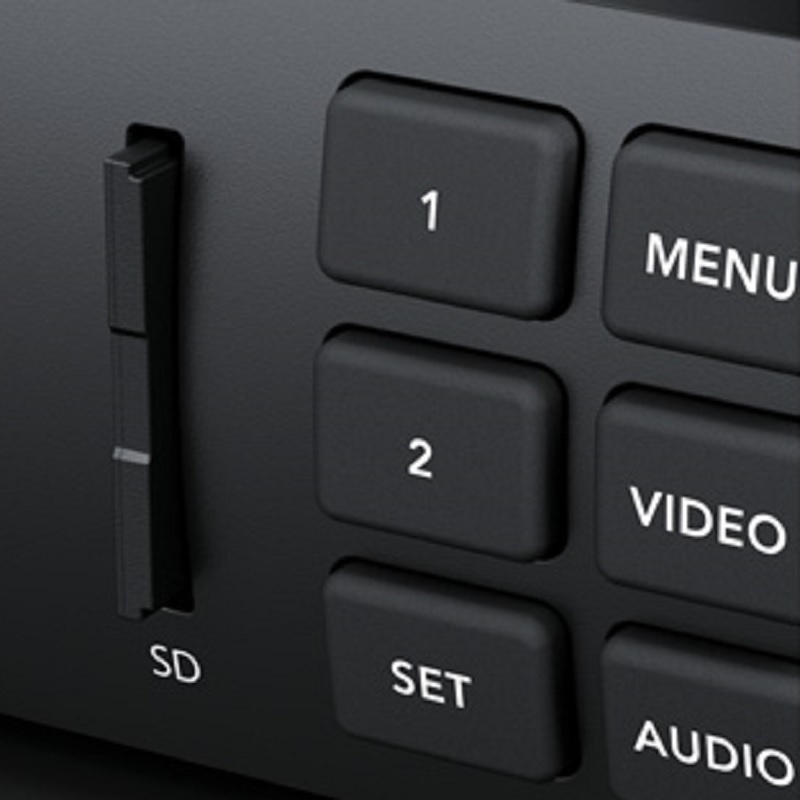 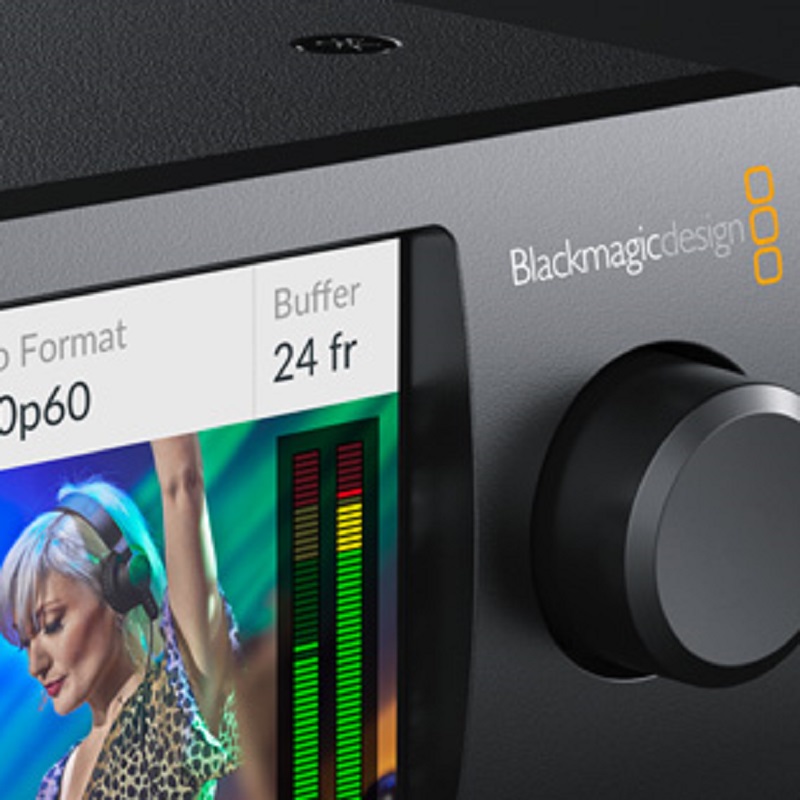 The new UltraStudio 4K Mini model is a transportable Thunderbolt 3 capture and playback solution crammed with the newest broadcast technology, including analog connections, 12G-SDI and HDMI 2.0. You get broadcast quality 8- and 10-bit high dynamic range capture in all formats up to 4K DCI at 60p.

UltraStudio 4K Mini features USB for connecting a keyboard and mouse, plus it will trickle charge your laptop computer when linked to the Thunderbolt 3 port. There’s even a built in SD card reader allowing instant access to your camera media cards!

Now you can link Thunderbolt 3 computers to any kind of video gear for;

Just link to the Thunderbolt 3 port to get an extensive range of video and audio connections that operate in all Ultra HD, HD, SD and 4K DCI formats up to 60 frames per second!

UltraStudio is intended to work with popular video software on Linux, Mac and Windows. Such as;

The Perfect Model Portable Or Studio

UltraStudio features a ‘breakout box’ style design that gives you almost every connection you need to link to monitors, professional decks and other equipment. That means they’re ideal for equipment racks or post-production suites where you want to place them on a desktop or editing station.

UltraStudio Mini models feature a more compacted design that’s more transportable so it’s a great choice for when you need to access video connectivity for live camera capture or on set colour grading on location.

Capture & Playback For Any Workflow!

Whether you’re working on-set or in post- production, UltraStudio offers you broadcast and digital cinema quality capture and playback that can be utilised for any workflow. UltraStudio is ideal for anything from visual effects, editing and colour, to live capture and on-set monitoring throughout production. There are also models with 12G-SDI and support for the latest HDR formats to guarantee high end colourists get all they need for monitoring to HDR televisions, broadcast displays or to the latest digital cinema projectors. The UltraStudio media streaming device can even be used to feed SDI fill and key from RGB graphics straight from a computer to a live production switcher for amazing live broadcast graphics keying.

UltraStudio 4K Extreme 3 features a built in multi format hardware encoder that lets you capture to H.265 which brings you amazing quality and is the compression standard for distributing Ultra HD content online. You can also use H.265 compression for SD and HD video giving you smaller files at higher quality than other compression formats. The built in hardware encoder is designed to be up-gradable so you get a future proof solution that can add new formats via software updates as they become available.

With UltraStudio streaming devices you can link to almost any video device! All UltraStudio models include;

Plus the dual SDI outputs can change to fill and key! All models comprise video reference for sync playback to broadcast systems, plus RS-422 remote. The UltraStudio 4K Mini and Extreme models add an further HDMI input plus a balanced analog audio out for connecting to in-studio audio monitoring.

The Power Of Thunderbolt 3™

Built on revolutionary Thunderbolt 3™ technology, the UltraStudio media streaming device uses an amazingly quick single cable linking to any computer that has the bandwidth to handle the highest resolution video formats easily! Thunderbolt guarantees low latency and highly precise time synchronisation for the highest quality capture and playback. The UltraStudio HD Mini model is powered from the Thunderbolt connection so it can run from a laptop battery without requiring any power connection. UltraStudio 4K models also include an AC power connection, ideal for when working in studios. The new UltraStudio 4K Mini model even provides 45W trickle power via Thunderbolt 3 to the connected computer so it stays charged when connected.

Compressed Or Uncompressed – You Still Get Excellent Quality

UltraStudio streaming devices support current compressed video formats such as Apple ProRes and DNxHD, as well as 10-bit uncompressed video. So you’re not locked into a single file format. When working with uncompressed video all captured images are a flawless pixel‑for‑pixel clone of the source without any quality loss, so you have the assurance of knowing that you’re working at the absolute highest quality possible.

Get the sharpest keying with superior colour correction, the cleanest compositions, green screens and more! Ultra HD has four times the resolution of 1080HD for incredible looking images!

UltraStudio 4K Extreme 3 and UltraStudio 4K Mini feature the newest 12G‑SDI, for the most commanding video capture and playback solution! The amazing speed of 12G‑SDI means UltraStudio 4K models can support both capture and playback of Ultra HD and 4K 60p over a single BNC cable! Because 12G‑SDI connections are multi rate, you can also connect to all of your current equipment. Only 12G‑SDI gives you the compatibility to link to all of your existing SD and HD equipment but also supports the future with all Ultra HD formats up to 2160p60. Since the 12G-SDI outputs are dual link, you can do stereoscopic or simultaneous fill and key in real time up to 2160p30!

UltraStudio 4K models feature stylish front panels with combined colour LCD and quick control buttons, with the rear panel utilising industry standard BNC and HDMI connectors for video connections. UltraStudio Mini models are designed for transportability and can be used as a stand alone on a desktop or rack mounted with other equipment. The UltraStudio HD Mini model is even more compact at only ⅓ of a rack width! That means they have very low visual influence when placed on a desktop and you can fit up to 3 of them in a single rack unit size!

UltraStudio media streaming device models have been designed to be the ideal complement for DaVinci Resolve so you can get a comprehensive post production solution just by downloading the software now on Linux, Mac or Windows! You get the world’s most innovative solution that combines all the following in the one software tool.

DaVinci Resolve is utilised to complete more Hollywood feature films than any other solution, so you’ll get the finest conceivable post-production tools available. DaVinci Resolve gives you a high-end workflow so the tools will never be the limit to your creativity, no matter whether you’re working on the latest;

Macs With Thunderbolt 3 Are Supported

UltraStudio has been precisely designed for the Mac platform’s unique needs and is supported by a vast array of prevalent video software. The included drivers have been optimised for high performance video, plus the features needed for editing software such as;

Windows users get access to a huge array of software because UltraStudio supports DirectShow! and WDM. For editing you can use:

For visual effects use Photoshop CC, After Effects CC and Fusion. The audio software supported includes Cubase and Steinberg Nuendo.

When streaming you get compatibility with;

UltraStudio 4K Mini is a portable Thunderbolt 3 capture and playback solution packed with the latest broadcast technology! You get 12G‑SDI, HDMI 2.0 and analog connections for broadcast quality 8, 10 and 12‑bit high dynamic range capture in all formats from SD up to 4K DCI at 60 frames per second. Plus, the built in SD card reader lets you mount camera media directly on your computer so you can start editing immediately!