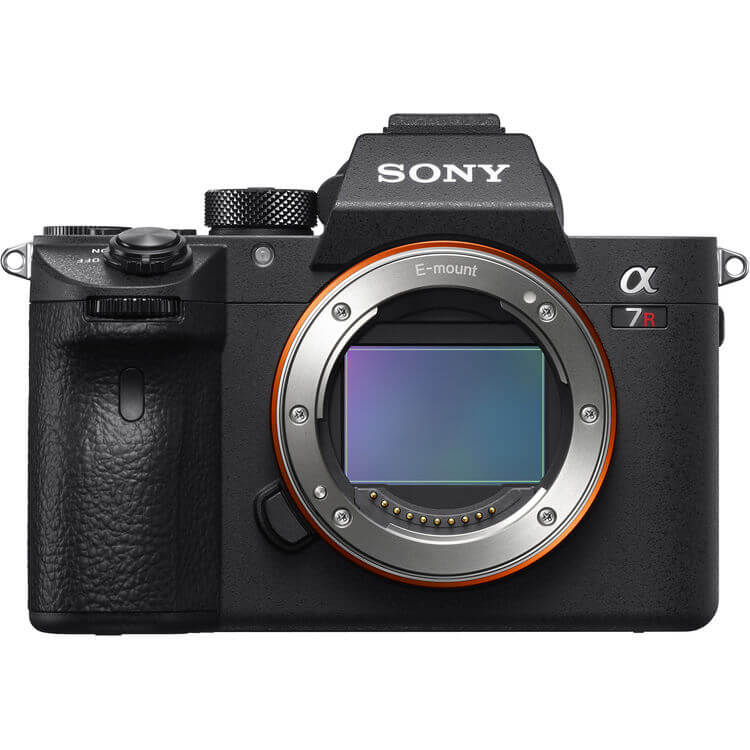 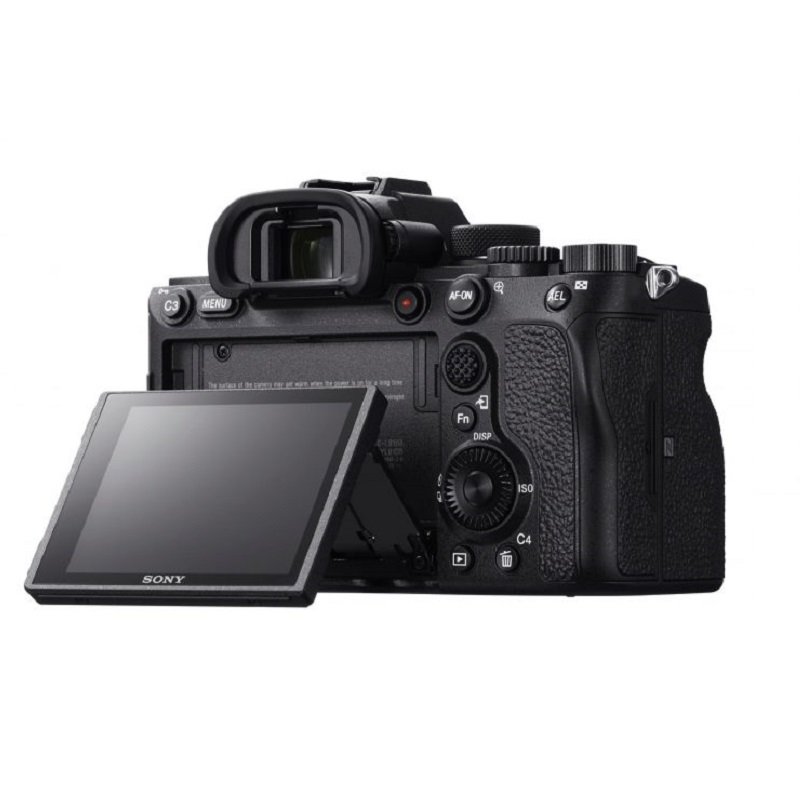 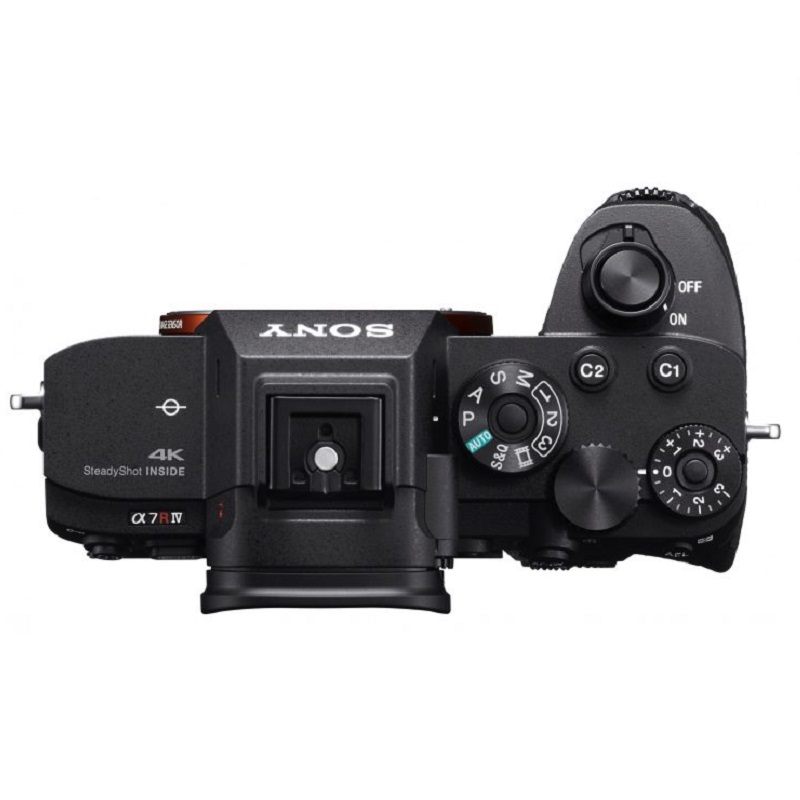 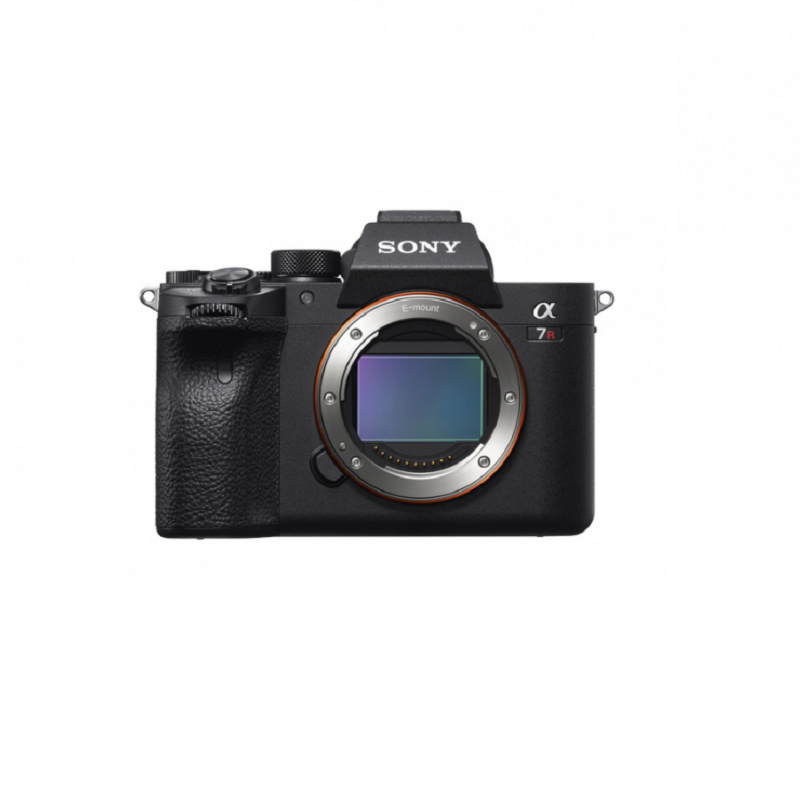 Utilising processes from various of the newest Alpha cameras, the 15 stops of dynamic range results in smooth, natural gradations extending from deep shadows to highlights.

One Of The Best Mirrorless Cameras

You’ll love how the Sony A7 R IV captures the mood of each scene and the texture of aimed subjects!

You’ll get extraordinary resolution, fine gradation and low noise to open completely innovative dimensions of detail that pro photographers generally take for granted. These features are thanks to;

The Sony A7R IV delivers better handheld shooting and dependability, supported by the in-body, 5-axis image stabiliser system that is optimised to maximise the high-resolution 61.0-megapixel image sensor performance. This is as effective as 5.5-stop higher shutter speed.

The Sony Alpha 7 R IV allows you to shoot roughly three times more photos than with full-frame shooting mode and since buffer memory size is 1.5 times higher, the camera sustains burst shooting speed of up to approximately 68 images.

The Sony XLR-K3M is a dual-channel XLR audio adapter that lets you connect microphones and other audio sources to cameras equipped with a Multi Interface Shoe. You can allow a direct, digital connection from the new ECM-B1M Shotgun Microphone or XLR-K3M XLR Adaptor Kit (sold separately).

Importantly, other Sony cameras (with the typical MI Shoe) can also make use of the microphone, as there is a selectable digital/analog output.

The XLR-K3M has the flexibility to position the XLR-K3M on specialised rigs and camera cages via the included ECM-XM1 shotgun, as well as MI Shoe extension cable.

Interval shooting for producing time-lapse videos is available (as well as full HD recording at up to 120 fps). Instinctual controls make the adapter simple to use right from the beginning.

The enhanced grip and thoughtful button arrangement for better control, as well as the compact, lightweight body are amongst some of the added improvements found on the Sony A7 R IV. If you are always on the go you will appreciate the better grip, as well as improved weather and dust sealing. The dual UHS-II slots will also be useful.

This Sony A7 R IV camera has a tremendously precise, true-to-life representation of the scene being framed. This is due to the 5.76 million dot UXGA OLED Tru-finder EVF – Sony’s highest resolution viewfinder to date which is around 1.6x the resolution of the EVF in the Alpha 7R III.

The Sony A7 R IV mirrorless camera shutter unit assembly has been prudently restructured, to diminish even the smallest movement that might cause blur. The camera is furnished with a pioneering 5-axis, optical in-body image stabilisation system that has been tweaked to support its high-resolution shooting volume, resulting in a shutter speed gain of 5.5-steps with high-speed nonstop shooting at up to 10 fps and full AF / AE tracking for around seven seconds in full-frame mode.

In addition to an amplified buffer memory and roughly three times as long in APS-C mode, it has 567 focal-plane phase-detection AF points covering 74% of image area and 425 contrast AF points making it a contender for the best mirrorless camera.

When triggered, the eye of a subject is robotically tracked with high accuracy and dependability, letting the shooter focus on the content itself as opposed to what is in focus or not.

This is made possible with the help of;

For videographers the A7 R IV Sony mirrorless camera can do real-time focus tracking.

This was a feature that was formerly only available when shooting still images.

The camera can resolve 26MP in its APS-C crop mode, plus there is no recording time limit.

With the Sony A7R IV you get quicker, smoother and more stable auto focus throughout video shooting even if an object briefly travels in front of the planned subject.

This is because the camera utilises a sophisticated Fast Hybrid AF arrangement.

Just touch the screen on the planned subject for immediate procurement.

The Sony A7R IV allows intricate subject motion and rapid subject actions, to be consistently tracked with better accuracy than ever.

The advanced focusing arrangement of the Alpha 7R IV is comprised of 567 focal-plane phase-detection, AF points that cover around 74 percent of the image zone.

There are also 425 contrast AF points that add additional accuracy and dependability for low light and other conditions that are best served by contrast AF.

The higher AF sensor density and superior tracking systems of the new camera are said to produce a noteworthy advance in tracking performance.

The a7R IV can capture 61MP images at 10 frames per second, it has real-time tracking and real-time AF that was formerly only found in the a9.

In this mode, the camera precisely moves the sensor in one pixel or half-pixel increments.

This enables it to capture 16 separate pixel-shifted images comprising a total of 963.2 million pixels of data which are then composited into a 240.8 million pixel (19008 x 12672 pixels) image, using Sony’s “Imaging Edge™” desktop application.

Locking Focus On The Subject’s Eye With Extreme Exactness

The A7 R IV can also robotically perceives the existence of fluorescent or artificial lighting in a shooting situation to lessen any impact on the final image.

This is offered for both animal and human subjects with either animal or human Eye AF mode selectable dependent on the shooting condition.

Real-time Tracking is offered as well, which employs a newly established subject recognition process, to guarantee the ultimate subject tracking and persistence of the focusing system.

There is also an anti-flicker shooting mode.

This A7 R IV Sony mirrorless camera allows for additional autonomy in studio and location shoots, allowing the photographer move about easily and without constraint.

The camera is armed with a assortment of innovative connectivity features including;

The Sony A 7 R IV also includes upgraded connectivity and features including:

This Sony mirrorless camera Allows photographers to send images to a specified FTP remote server, while they are still shooting or reviewing images.

This is nearly double the data transfer speed attained in combination with Sony’s Imaging Edge software (compared to the Alpha 7R III).

The ’Edit‘ application can develop RAW data into high-quality photos for distribution.

The Sony Alpha 7 R IV camera can transfer images to a linked smartphone, even if the camera’s power is set to OFF.