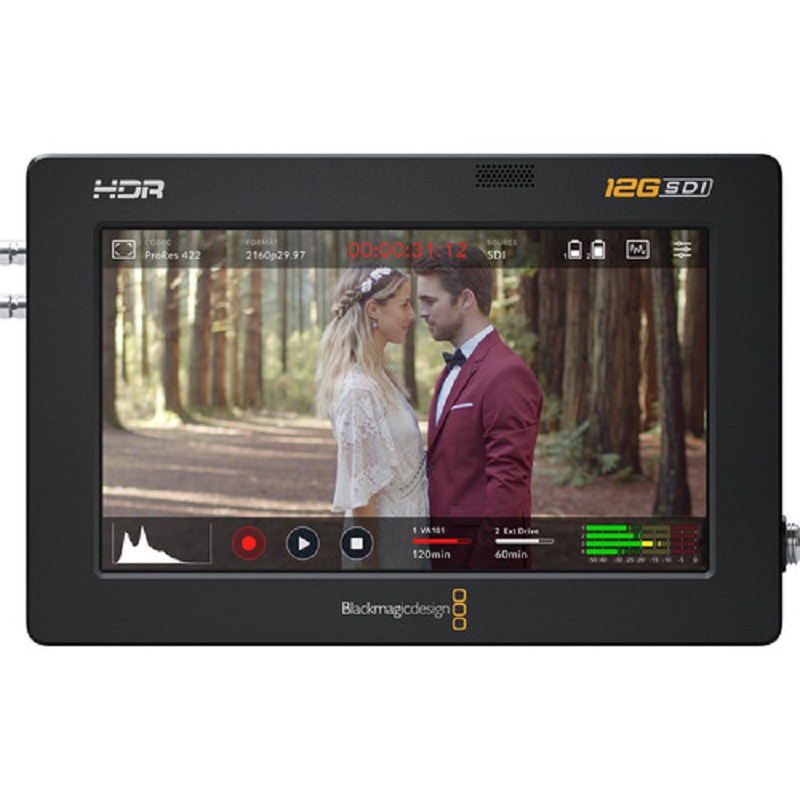 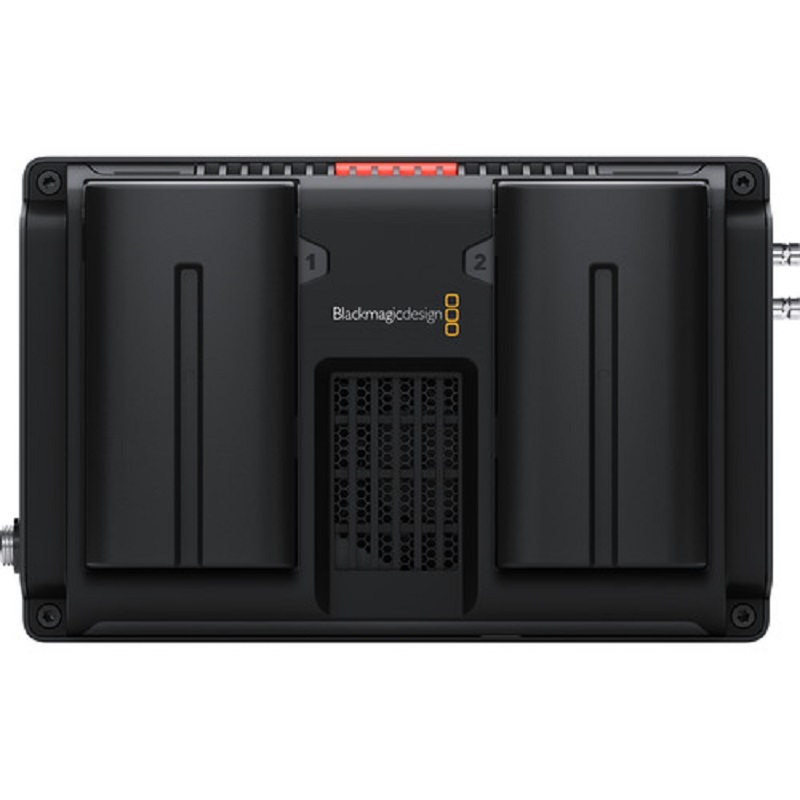 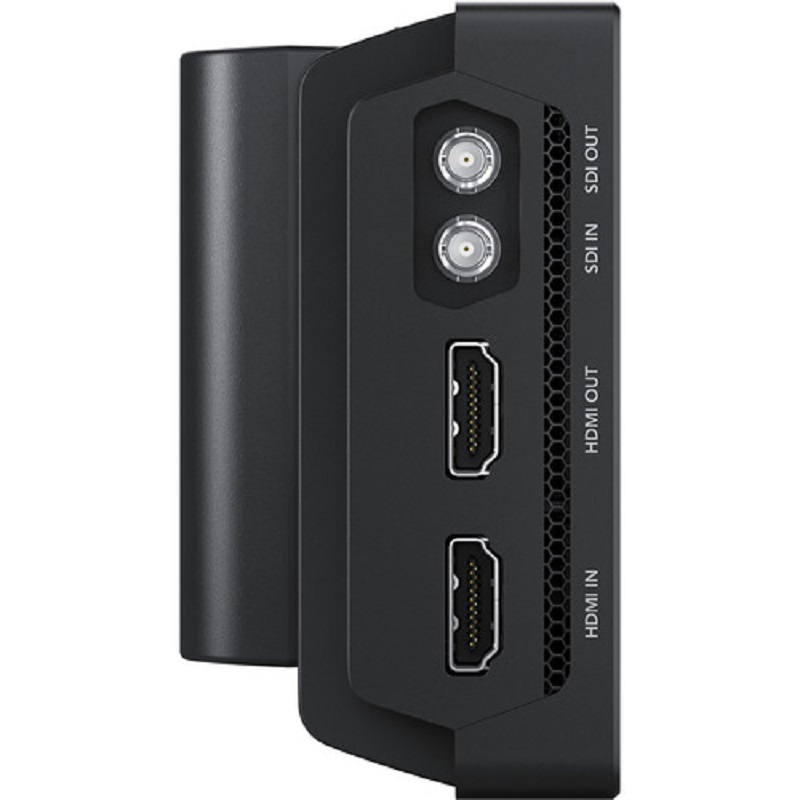 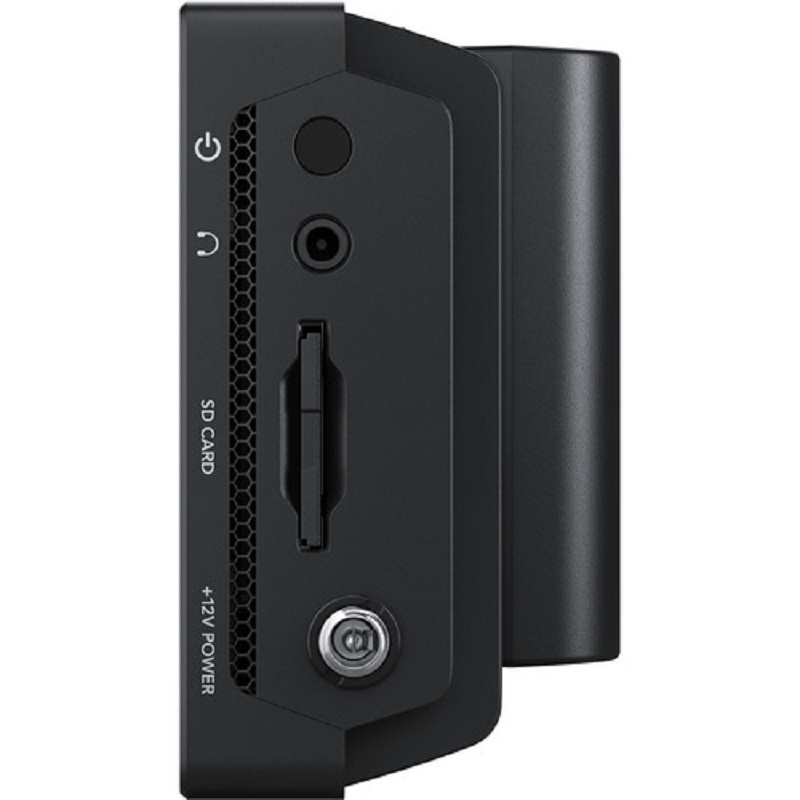 Integrates With The World’s Most Prevalent Video Software

The files from Blackmagic Video Assist Video Recorder Video Monitor are widely used and companionable with all operating systems or in the majority of video software. Media can be configured using ExFAT or HFS+ so you can effortlessly access the media on computers and access the files like regular disks.

DaVinci Resolve is seamless for utilisation with Blackmagic Video Assist since it’s all in one software application features;

Plus, you can download DaVinci Resolve free of charge for Linux, Windows and Mac. You can also utilise recorded files in other prevalent software such as Final Cut Pro X and Premiere Pro. With Video Assist, your media is common so your files will remain readable in the future.

Numerous languages are wholly supported so you don’t need to learn another language to utilise it! Support is included for;

From the beginning, the Blackmagic Video Assist video recorder will show a set menu for choosing a language, plus you can still utilise the menus to switch languages any time you want. When a language is designated, the on screen text overlays will switch to the chosen language, as well as overlays on the video outputs when permitted. All this means that the Blackmagic Video Assist video monitor is seamless for undertaking international location work with diverse crews!

Blackmagic Video Assist 12G includes expert audio for contemporary cameras or other outboard audio equipment. When employed in SDI formats, you can record 2, 4, 8 or 16 channels of audio in real time.

For linking microphones the Blackmagic Video Assist 7″ model video recorder has two XLR analog audio inputs with phantom power that provision the high definition audio sample rate of 192 kHz at uncompressed 16 and 24 bit per sample. You can monitor utilising on screen audio meters with user selectable VU or PPM ballistics.

The Blackmagic Video Assist 12G video monitor features the newest in technology, including  audio, by means of the analog audio contacts intended for low distortion and low noise digital cinema and broadcast provisions.

The Quality Of RAW With The Speed Of Video!

Blackmagic RAW is a ground-breaking new arrangement intended to capture and reserve the value of the sensor data from cameras. It provisions Blackmagic RAW recording from prevalent cameras such as the Canon C300 MK II and the Panasonic EVA1. This eradicates the complications with common camera formats such as H.264, which are very compressed resulting in noise and processing artifacts. Blackmagic RAW removes this issue and offers you spectacular images with amazing detail and colour through the production pipeline from camera to mastering, colour and edit. It also keeps camera settings as metadata so you can set exposure, white balance and ISO, then supersede them later while editing, all without any loss of quality!

Only Blackmagic RAW offers you the quickest performance and the smallest files, at the highest quality.

Blackmagic Video Assist records utilising typical open file formats so you don’t have to waste time transcoding media. Files are companionable with all post production software so you can work with the software of your choosing, including the very popular DaVinci Resolve Studio.

Recording works in industry standard 10‑bit Apple ProRes files in all formats and from all HDMI or SDI camera, or 12‑bit Blackmagic RAW when linked to supported cameras. Blackmagic RAW is the most rapidly growing RAW format and developers can download and use the free Blackmagic RAW SDK to add support to their apps. Best of all, media files work on all operating systems!

Some cameras can output logarithmic colour space to reserve the dynamic range, which is fantastic for later post-production, nevertheless when these files are observed on a display they can look flat and washed out. 3D LUTs answer this dilemma since they permit you to apply a “look” to the monitor so you get an impression of how the completed images will look when editing. LUTs can be applied provisionally for monitoring only, or they can be burned into files for utilisation in editing when capturing Blackmagic RAW. Blackmagic Video Assist video recorder works with industry standard 17 and 33 point 3D LUT files, or you can work with the built in LUTs such as Film to Rec.2020, Film to Video, Extended Video and more.

You get complete backing for the most prevalent video standards. The SDI and HDMI contacts are multi‑rate, so handle SD, HD and Ultra HD.

The Blackmagic Video Assist video recorder features complete inner waveform monitoring so you can warrant compliance to broadcast ideals and it also works very well as a transportable waveform monitoring solution! The waveform display delivers a traditional luminance (brightness) levels view of your input or playback signal. The vectorscope display lets you to see the intensity of colour at 100% SDI reference levels. You also get an RGB parade display which is perfect for colour improvement and inspection for illegal levels. A histogram displays the dispersal of white to black detail in your images and highlights or shadows clipping. The built in scopes can even be overlaid on live video or as a small picture in picture view at the top right of the scope!

You’ll be prepared for the latest HDR workflows with backing for the newest HDR standards and a tremendously bright screen with a wide colour gamut. Plus the high brightness screen makes outdoor shooting in bright sunlight conceivable!

The built in scopes also change to HDR scopes when employed in HDR formats. Files are marked with the right HDR info then SDI and HDMI inputs will also robotically detect HDR video standards. Static metadata PQ and HLG formats are handled according to the ST2084 standard.

The lively LCD has a broader colour gamut so it can handle both Rec. 2020 and Rec. 709 colour spaces. The built in The Blackmagic Video Assist video monitor LCD colour gamut can even handle 100% of the DCI‑P3 format.

Blackmagic Video Assist features an extensive assortment of video and audio connections such as multi‑rate 12G‑SDI for SD, HD and Ultra HD SDI devices. HDMI is contained within for HDMI cameras and monitoring to consumer video projectors and televisions.

The 7 inch model features Mini XLR inputs which are provided for audio input from external audio mixers and microphones. The USB‑C connection allows you to plug in flash disks or disk arrays for recording, permitting very long record intervals and since you’re recording to a media disk, you can edit straight from this disk after the shoot, eradicating additional file copying work. Blackmagic Video Assist video recorder even comprises a 12V DC power connection with locking power connector.

If recording to other media types is vital, then the USB‑C Expansion port allows you plug in an exterior flash disk for recording. USB‑C flash disks have huge capacity as they don’t have any size constraints. Plus, it’s conceivable to record to the same disk you are utilising or editing, so you don’t need to waste time copying files before commencing post-production. Flash disks are so quick that they can record high data rate formats that are too large for some lower cost media cards, such as high frame rate Ultra HD. Imagine adding a Blackmagic MultiDock 10G for simple SSD compatibility with supplementary recorders such as Blackmagic HyperDeck models. You even get on screen menus for management of exterior disks utilising the touch screen!

The Blackmagic Video Assist video monitor utilises generally available SD card media, so you can record to flash memory cards that are simple to attain. The files are trivial enough to permit long recordings on standard SD cards or the quicker UHS-II cards. The bigger Blackmagic Video Assist 12G 7″ model even comprises 2 SD card spaces so you can switch out any filled cards even through recording, permitting unlimited length recording. Typical SD cards or the quicker UHS-II cards are seamless for broadcast since they are affordable, high speed and small.

The ground-breaking touchscreen LCD user interface offers amazing control. On screen, there are devoted buttons for Record, Stop and Play. Plus a mini timeline for scrolling over your recordings. You can also image swipe to jog! The LCD comprises a heads up display of

Scopes can be empowered via the touch screen as well as focus and exposure assistance. There’s also an wide array of settings all controlled from the large LCD. Plus, you can assign and save 3D LUTs.

Blackmagic Video Assist 12G HDR is a perfect advancement for cameras, as it’s super bright 2500nit display is larger than the small displays found on consumer cameras, plus you’re similarly adding expert focus assist features and improved value file formats. The video recorder is also a fantastic solution for professional cameras since you can utilise it to upgrade older broadcast cameras to modern file formats utilised on the newest editing software. No matter what editing software you utilise, Blackmagic Video Assist video recorder allows you to support them all, as you can record in Blackmagic RAW, Avid DNx and Apple ProRes.

With both HDMI and 12G-SDI inputs you can connect it to any consumer camera, broadcast camera or even DSLR cameras. Then, on supported cameras, you can even upgrade to RAW style workflows with Blackmagic RAW!

You also get two rear battery slots for mounting Sony L‑Series batteries, so you have adequate power for the brighter HDR screens and higher speed Ultra HD electronics. Plus, with two battery slots, you can switch batteries without disturbing recording! A 12v universal power supply is encompassed for studio or on location usage.

With its wonderful adaptability, Blackmagic Video Assist 12G is also incredible for recording from cameras, or even as a clip player! As the files are companionable with the HyperDeck disk recorders, you can even utilise the video recorder as a broadcast field recorder, or an ultra-portable broadcast scope!

Blackmagic Video Assist video monitor is an excellent broadcast solution since you get both HDMI and 12G-SDI inputs plus it has built in scopes and 3D LUTs! The scopes also aid your QA masters to certify obedience with broadcast standards before streaming and broadcast!

The innovative Blackmagic Video Assist 12G HDR improves professional monitoring and recording to any SDI or HDMI camera in all formats; 4K DCI, 2K, Ultra HD and HD. The whole new design embraces revolutions such as:

With 12G-SDI and HDMI 2.0 on both 5″ and 7″ models, you get support for recording from virtually any device in all formats up to 2160p60. The livelier touch screen warrants a seamless view of your recording for HDR digital film and when shooting outdoors in sunlight. The new design also features advanced batteries and supports two standard Sony L‑Series batteries.

This means Blackmagic Video Assist 12G video recorder is very adaptable and is the seamless solution for the next generation of broadcast testing and measurement, digital cinema shoots and live production mastering.

The built in SD card recorder save files in broadcast quality 10-bit 4:2:2 ProRes or DNx formats.

The files are all standard, so you can start editing immediately without having to convert them!